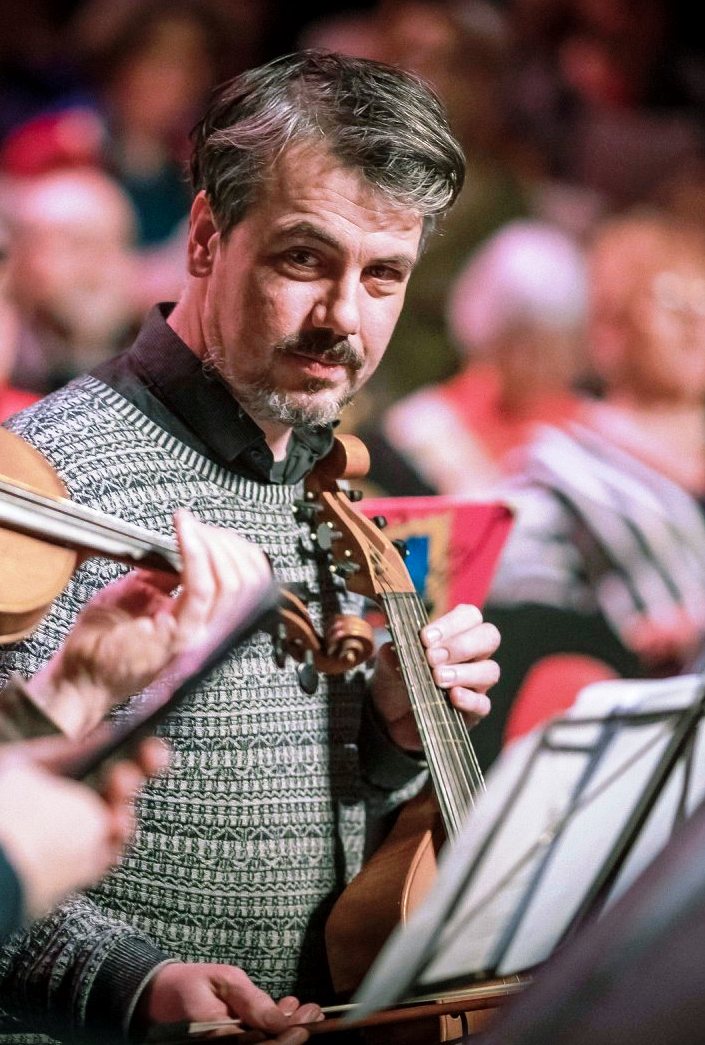 Dirk Moelants (°Antwerp 1971) studied musicology at Ghent University where he obtained his PhD in 2001 studying the perception of rhythm in 20th century music. At the same time he studied viola da gamba with Wieland Kuijken at the Royal Conservatoire of The Hague where he graduated in 2002 with a Master degree in music. After working as a research and lecturer at Ghent University and the
University of Amsterdam, he now teaching non-Western musical traditions at the School of Arts Ghent.

Besides this he is active as a musician, music teacher and arranger. As a viola da gamba player he likes to explore repertoire beyond the traditional early music, performing contemporary classical music and exploring the use of the instrument in non-Western classical music.

He performed throughout Europe, as well as in Japan, South-Korea, Taiwan, Morocco and Turkey, as a soloist and with early music groups (e.g. Zefiro Torna, Currende, Capilla Flamenca,..) but also with contemporary music groups like Spectra and Hermes ensemble and in collaborative projects with musicians from other cultures.

Apart from teaching viola da gamba he gives workshops for children of different ages for different music organizations in Belgium. He also created several music theater projects for the Flemish opera, serving both as actor-musicians and arranger.