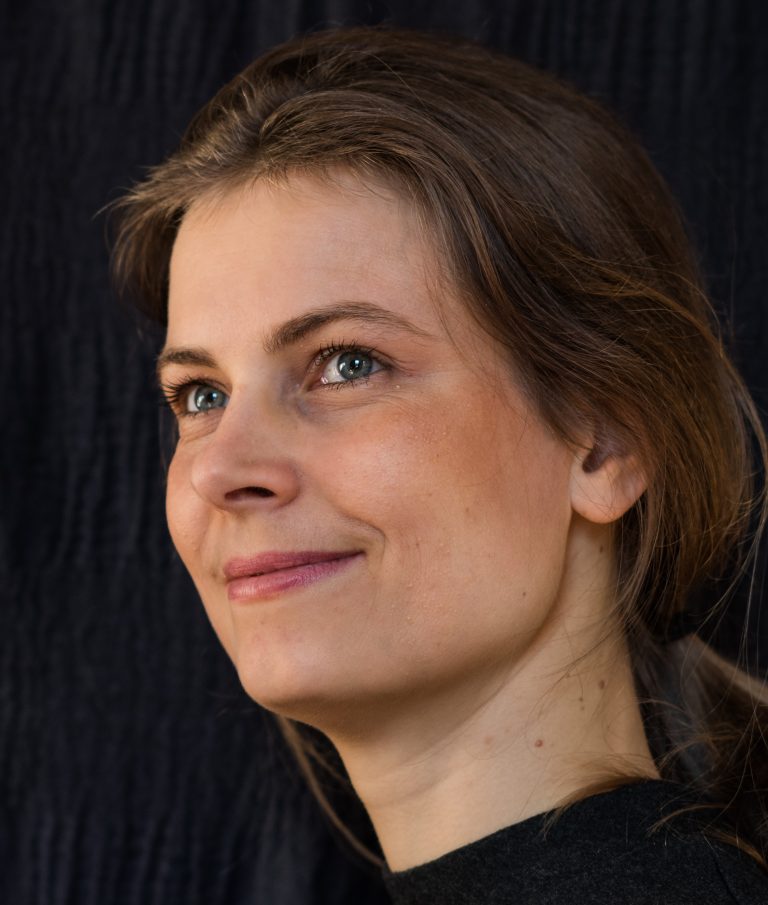 If one would search a metaphor for Lidwien’s biography to date, the closest one would be a slow cooking recipe.

Carefully selecting ingredients, occasionally turning the heat to high, simmering and tasting until the mixture is to her pleasing. The first ingredients were available in a sensitive soul, a musical family, education in a Waldorf school, recorder and singing lessons in the music academy in her hometown.

Languages French and Russian were added during her translation studies. Not completely satisfied with the taste thus far, she changed course of action and followed classical singing studies at the Royal Conservatory of Ghent with Marcos Pujol, Mireille Capelle and Hendrickje Van Kerckhove.

She participated in the yearly opera projects, singing solo in Don Chisciotte in Sierra Morena by Conti and La Finta Giardiniera by Mozart. Savouring her choice, she added numerous chamber music ensembles and lied recitals to the mixture.

She has been a member of the MM Academy at La Monnaie and now sings as a freelancer for the Flemish Radio Choir, chamber choirs El Grillo, Ex Tempore and Reflection.

With pianist Veera Voordeckers she explores the Russian song repertoire and she performs with the young ensemble Le Vecchie Musiche.

From an early age intrigued by the question who she was, she considers singing a means to more fully understand herself. Courses in the Lichtenberger® Method (with Ingrid Voermans, Priske Dehandschutter, at the Lichtenberger Institut) and the approach of En’Man’Do (Yves Cortvrint & Rosmarie Burri) complement that search.

Lidwien shares her knowledge and experience with her singing students at the music academies of Roeselare and Wevelgem.