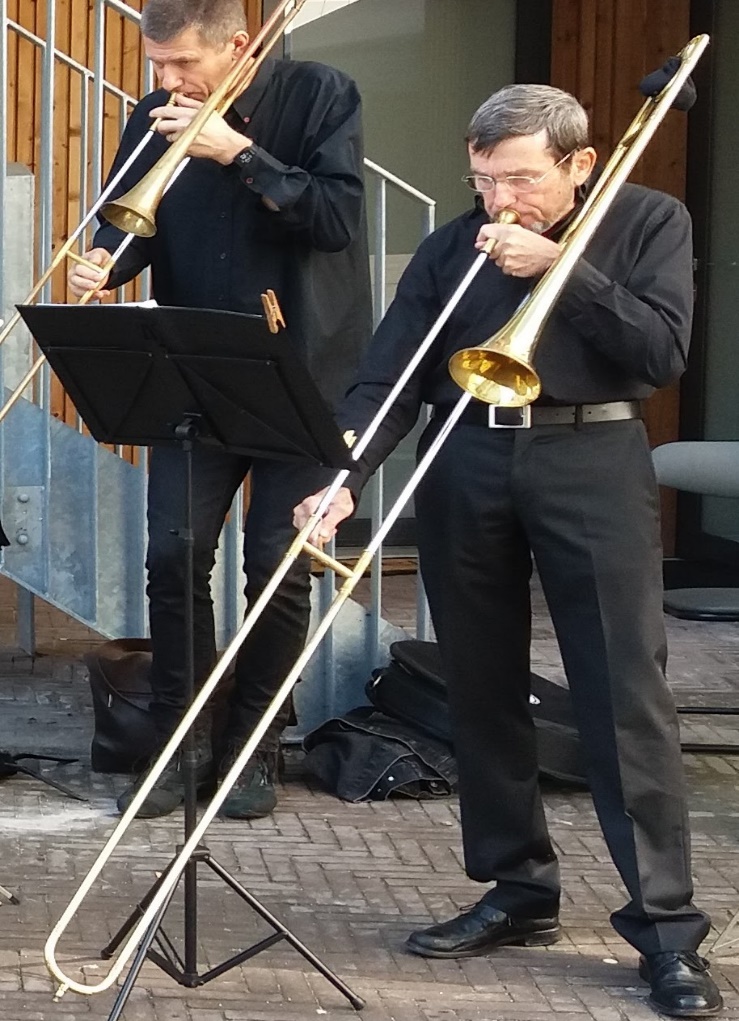 Michel Blockx was born in Antwerp in 1948. He studied Physics at the Vrije Universiteit Brussel and worked as a Software Developer in a hospital in Antwerp.

He got interested in music of the Middle Ages and Renaissance since the Early Music revival in the years 1970, playing the recorder, crumhorn, shawm and dulcian in several amateur groups. He attended summer courses in Germany (Celle) and Belgium (Marche-les-Dames), helping in the organization of the latter. These courses made him discover the sackbut (early trombone), which he started playing through self-teaching.

He has had the opportunity to play in many productions, such as Monteverdi’s Vespers and Orfeo, both in Belgium and abroad, together with professional musicians, as well as participating in some CD recordings.

From 2008 on, he took lessons in sackbut playing with Wim Becu at the Academy of Woluwe St.Lambert, and at the same time in playing the shawm with Aline Hopchet. During this period he attended numerous summer courses directed by Wim Becu and Adam Woolf, in Belgium, Spain and Portugal.

His interests lie in playing in large or small productions, mostly as part of the instrumental accompaniment of choirs or vocal ensembles, in a repertoire ranging from early Renaissance to J.S. Bach.