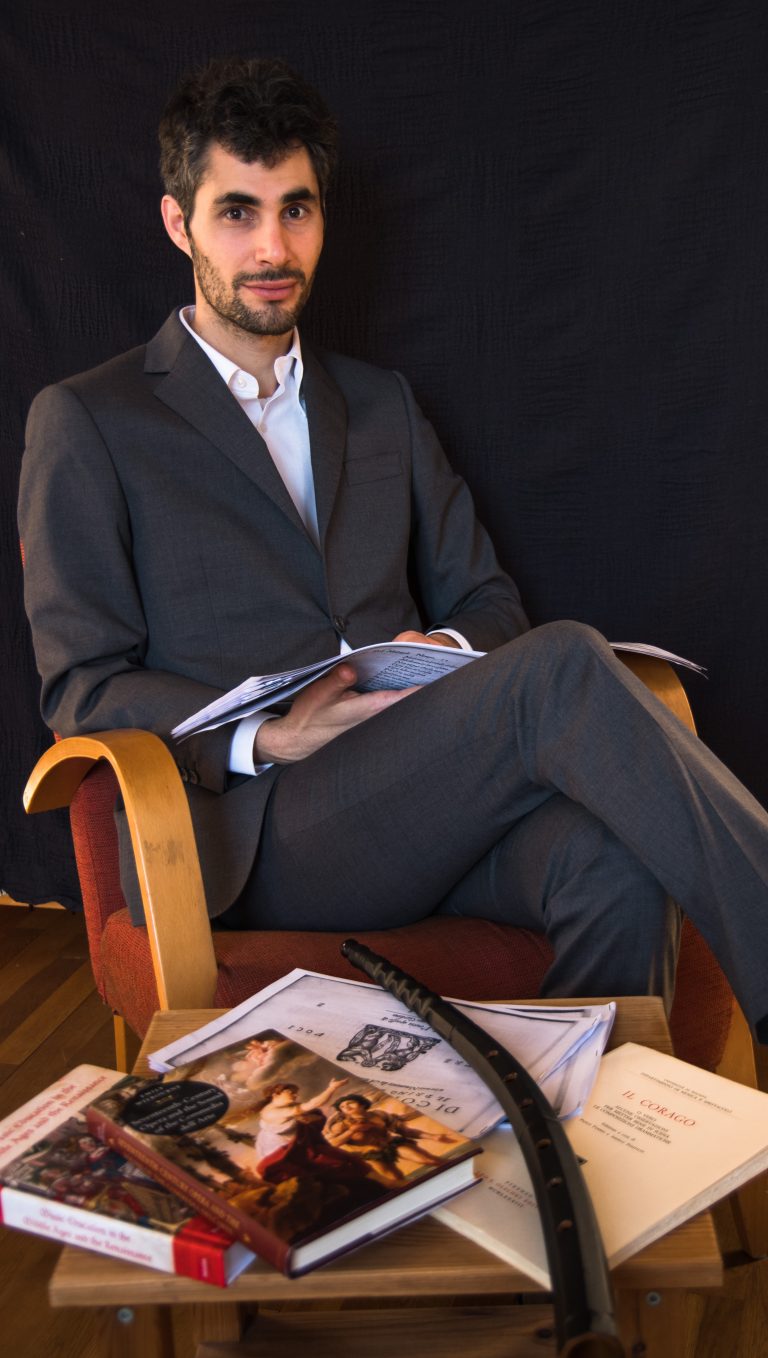 Nicholas Cornia, born in Rome in 1989, considers himself neither a researcher nor a musician, but rather a special combination of the two.

He studied Mathematics and Physics at the University La Sapienza of Rome. After two years as Phd student at the Informatics Department of the University of Amsterdam he decided to dedicate himself to music at the Conservatory of Ghent, where he studied Classical Singing and Music Theory.

His interests lie in the theory, performance practice and transcription of music of the period between the 15th and the 18th century.

Since 2018 he is active as artistic director of the ensemble Le Vecchie Musiche, giving original musical projects based on interdisciplinary research and experience gained in various masterclasses and summer schools.