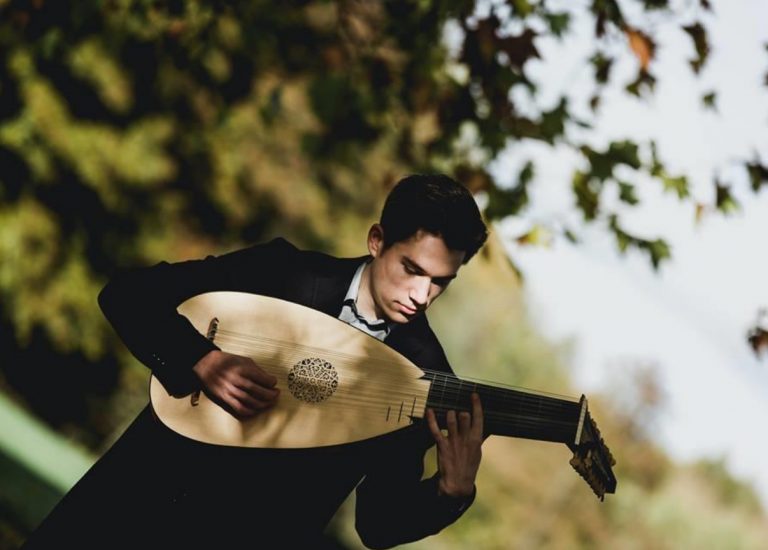 Thomas Langlois was born on the 12 th of June 1999 in Ghent, Belgium. His passion for music originated at a young age, when he started playing the guitar and the lute at the music academy in Aalter. His first teachers for these instruments were Jona Kesteleyn (guitar) and Bart Roose (lute), but later on he followed several masterclasses to further develop his playing technique and musicality. He won several prices at national and international competitions. Thomas was also trained in traditional flamenco music by Emre el Turco and Lisbeth Maes, acquiring the skill of accompanying a dancer and/or a singer. He regards his experience with flamenco music to be one of the biggest contributing factors to his current reputation as a
soloist and as an accompanist.

He was admitted at the Royal Conservatory of Ghent for both the lute and the guitar. His interest in old music eventually persuaded him to fully dedicate himself to the lute. Thomas is currently trained by Wim Maeseele.

Thomas plays the Renaissance lute (7 or 10 course), Baroque lute and Theorbo; his repertoire ranging from Medieval music until the late Baroque music, but also occasionally performing contemporary music. He is often asked as an accompanist for voices, and as a soloist: recent highlights being his performance at the “Arte Amanti Festival”, a recital for the English Lute Society in London and a concert on the “Piazza del Campo” in Sienna.