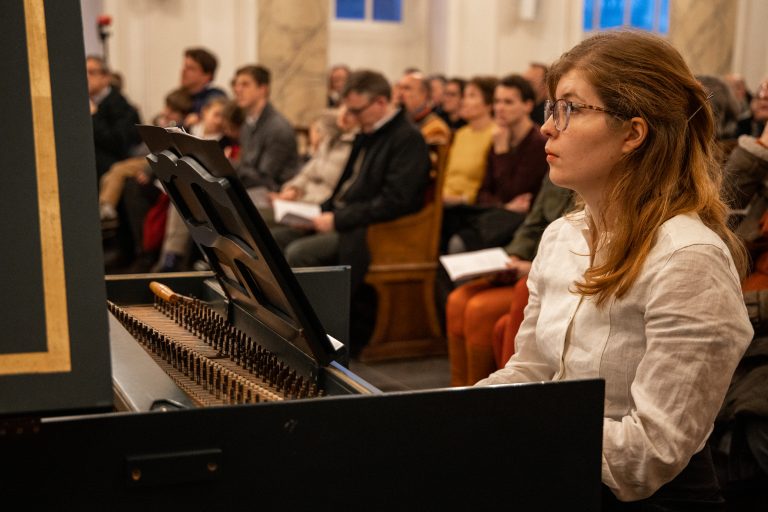 Veera Voordeckers is a diverse keyboard player, initially schooled in classical piano. At the moment her focus lies on historically informed performance on harpsichord and fortepiano.

Born in Estonia, Veera Voordeckers discovered the piano at the age of five in the local music school. Roughly 20 years later she would discorver the harpsichord in a similar fashion, this time at the music academy De Poel in Ghent, soon followed by the organ and fortepiano. Although historical keyboards came into her life just recently, she benefits from a broad experience as a pianist, which she radiates to the other keyboard instruments she plays. Her first piano competition took place in 2001 (International Chopin competition), and in 2002 she won the second place at the international Bach competition in Narva. After moving to Belgium at age 10, she continued her musical studies in Belgium with Heidi Hendrickx at Ma’GO in Antwerp. In 2008, she was admitted to the young talent class of the Royal Conservatory of Antwerp, where she studied with Levente Kende. She obtained her bachelors degree in 2014 at the Royal Conservatory of Ghent in the class of Vitaly Samoshko and her masters degree at the LUCA School of Arts Leuven with Timur Sergeyenia. At the moment, she studies harpsichord with Bart Naessens and fortepiano with Claire Chevalier at the conservatories of Brussels.