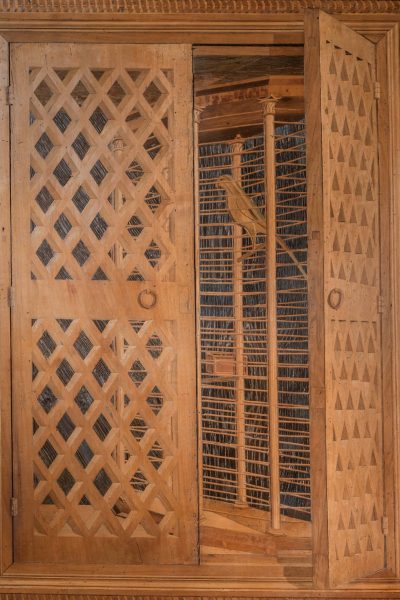 Maybe the pure white dove in the above mentioned citation was used as metaphor for the women of the ducal Este-family, if we consider that the eagle was the symbol for the male lineage. Indeed, this passage from the Song of Songs was used in a motet by Maistre Jhan, dedicated to Leonora d’Este (1515-1575).

It is not difficult to see in the dove the metaphor for this noblewoman, abbess and composer. At the age of 8, she decided to enter the Clarissan convent dedicated to Corpus Domini, much to the displeasure of her father Alfonso I d’Este. She wrote numerous musical works mostly in voci pari-setting (equal voices) and as such ideally suited for a female choir.

Another figure who was active in Ferrara around the same period was Ludovico Ariosto. It was for the Ferrarese court that he wrote his masterpiece Orlando Furioso (The frenzy of Orlando).

In our concert program Le Donne Antique (women from the past) we present music from this first half of 16th century Ferrara. We juxtapose the court music to the convent music and investigate, through an imaginary correspondence between Suor Leonora and her niece Anna d’Este (1531-1607), how a nun deprived of physical liberty could enjoy more mental and artistic freedom than her family member at court.